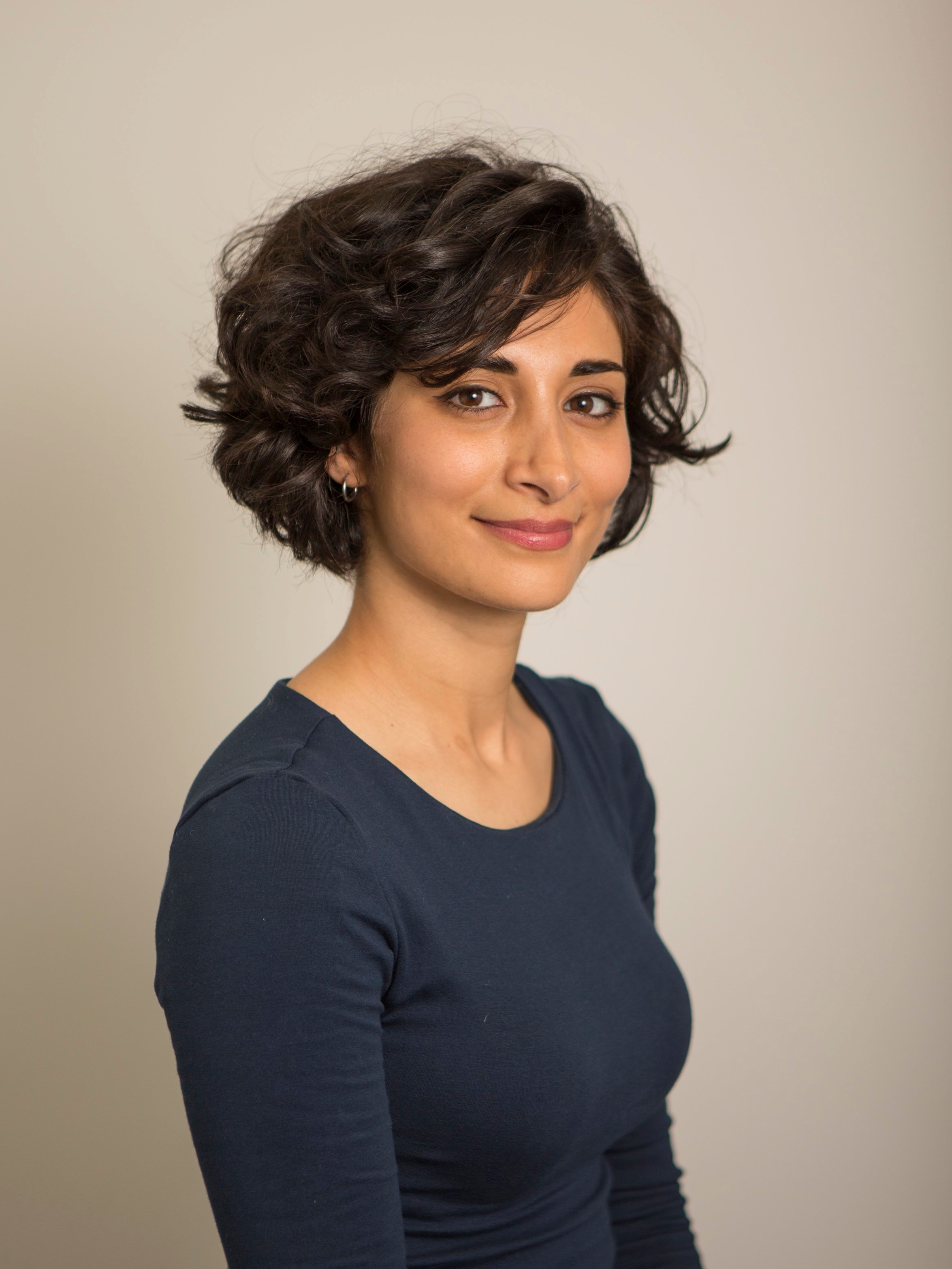 Expanding the Understanding of Diversity and Finding Your Mission

Sarvnaz is one of the kindest and most inspiring human beings I have had the privilege to meet. She has graduated with a Doctorate in Psychology and co-founded Thought-Wired, social enterprise that builds communication technology for people with severe disabilities. Sarvnaz is an incredibly humble person whose story we would love to share with you.

Firstly, for those who might not have heard about it, could you please tell us a bit more about Thought-Wired and how did it come around? What sparked the idea to build this company?

Thought-Wired is a hi-tech social enterprise that's aiming to make the world accessible to everyone, regardless of physical disability. We enable people to interact with technology by translating user intent (brain and body signals) into actions. We have created a software platform that takes biosignals from various wearable sensors and uses specific algorithms to translate those signals into actions as simple as clicking a button. Last year, we launched our first product based on this platform - nous™ Blink - a wearable eye blink “switch” that lets someone who is paralysed control software using their intentional eye blinks. Eye blinks produce a specific type of electrical activity called “electrooculography” or “EOG”, and that’s the information nous™ Blink uses as a means of computer control. We are a multidisciplinary team who have been working together for 7 years - initially as a student “procrastination” project. Our idea was inspired by the CEO, Dmitry Selitskiy, who has a cousin with severe cerebral palsy. No existing form of assistive technology works for his cousin, but from his interactions, they know that he has a sound mind - he just lacks the physical ability to communicate his thoughts. Dmitry came across a TED talk that discussed how biosensors can be used as assistive technology, which inspired him to create something useful for people who may be in a similar situation to his cousin. From here, his father Konstantin Selitskiy joined him to provide a business and strategic angle to the idea. Soon after, myself and James Pau came on board to help develop and test the proof of concept. I brought the psychological lens and James, the technical/engineering lens.

You have given this field a big chunk of your life from studying to building Thought-Wired. What were some of the breakthrough moments that made you persevere?

There are two stand out moments - realising how broken and unfair the system is for people with disabilities, and wanting to be a part of changing that. Secondly, it was seeing the impact our technology has on people’s lives. Three of the people who participated in my PhD research (which was focused on developing Thought-Wired’s technology), now have our technology funded for them. These are people who are in their 20’s who have never been able to communicate independently before in their lives. The work we do is incredibly tough, and if I’m to be completely honest, everyday I want to quit but there are these two moments that stick with me and keep pulling me back… it’s almost like I don’t have a choice in the matter anymore :) I feel so grateful to have such meaningful work be my life’s work.

A lot of people are deeply inspired by your mission and what you are creating and sometimes people don’t see the struggles behind the success. Could you please share some of the tough times throughout your journey with us?

Constant failure is pretty jarring, especially when you’re working with people who have been constantly let down by society and the systems in place to improve their lives. It’s really difficult to not think you’re also disappointing them. Failure also makes you question your own capabilities, and whether you’re cut for the start-up world. I still don’t think I am… it’s madness!

I’m going to be a bit controversial here… It’s been almost impossible to raise funding, because NZ investor scene is so old-school and conservative. I can’t recall any investment event that I’ve attended or pitched at, and not felt hopeless - this is the same for the “impact investor” scene. The fact that our nation’s first impact investment fund has only invested in one company, and they’re already well established is quite telling… I think this conservatism and lack of insight around the importance of research and development significantly impacts on our ability to innovate.

You have also co-created Talking Mimes with your partner, Stefan Rochfort. Tell us about it?

Yes! Talking Mimes was born out of our frustration with talking to investors who couldn’t (or didn’t want to) get their heads around the problem we’re trying to solve at Thought-Wired. They’d say things like “it’s a noble cause, but not something that we think is very important”. It’s pretty hard to compose yourself in those situations. So after enough complaining to Stefan, he had this idea to make people feel what it would be like to have locked in syndrome, by using VR technology. The VR experience is a touching, funny, infuriating, harrowing and ultimately hopeful experience, all shot from the perspective of someone with locked-in syndrome (think Stephen Hawking). The narrative is drawn from true stories of people with physical disabilities - we spent a few months in the research and interviewing phase. We wanted it to be an emotional education piece developed for everyone - whether you're a caregiver, teacher, support worker, health professional, family member, or just the general public! When we built the VR experience, we were really nervous about it potentially coming across as a disability simulator. There’s been a lot in the media about sophisticated VR / XR simulations of disability which are often problematic and can be, frankly, insulting because they focus on the disability and not the person. We worked with people with disabilities to ensure that we weren’t further stigmatising people. The experience doesn’t end just with the VR, we also put together a workshop for people to go through afterwards. A lot of people would come out of the experience not knowing how to process their emotions and thoughts. We took this as an opportunity to change their frame of mind from “disability” to “possibility”, by doing a series of creative and collaborative tasks.

In the past 5-10 years, how has the perception of neurodiversity and physical disability change from your perspective? Are we progressing in the right direction?

Hells yes! All the discussion around diversity has made people more aware that it’s more than just the colour of your skin or gender. We’re still in the early stages, but I can already see a change. There are training programmes popping up for corporates, in the media we see more diversity on Netflix and movies. Twitter and other social media platforms enable people with access needs to advocate for themselves and challenge ableism. All of this raises our awareness and challenges our preconceived notions on disability and what people with disabilities are capable of. I am so excited to see where we are in the next 5-10 years, we have come such a long way, but still have a long way to go.

Where should people go to learn more about neurodiversity and physical disabilities?

These organisations are founded and run by two badass ladies who are also affected by disabilities. They play a huge role in changing our thinking and behaviour around people with disabilities

A lot of people now struggle with finding their mission / their worth in this world. What would your advice be to someone who is not sure what they want to do?

This is something that I’ve pondered for some time. I recently read an article that said to reflect on the things that you used to enjoy when you were a child - what were the things that brought you to life, that you had a natural affinity for? Explore those things more, and how they can be reflected in your life now.

The other thing is to find amazing people, who are doing things you feel are important and go on a journey with them. In NZ we’re incredibly lucky in that it’s possible to network and make friends with people who are doing interesting things and there are events on a weekly basis. I wish I had known that when I was in my early 20s!

I learn a lot from friends who are younger than me. One has tried lots of different, diverse jobs since I met her a couple of years ago. It’s really inspiring, and I can see how much you can learn about what you enjoy and what you can learn with each experience. It’s something that I’m doing more of this year - dabbling in different things to find my worth in the world and what makes my heart sing.

What were the most useful things you have done throughout your personal and professional development that you would recommend to others?

I want to learn more about permaculture.

I want to try and figure out how to enable more people to work on meaningful projects and opportunities (this is different to ‘following your passion’, which I am opposed to). If more of us are tackling global and local problems, rather than being distracted by mindless, meaningless work, then we’ll advance much faster. And also life will be much more fun and colourful :) 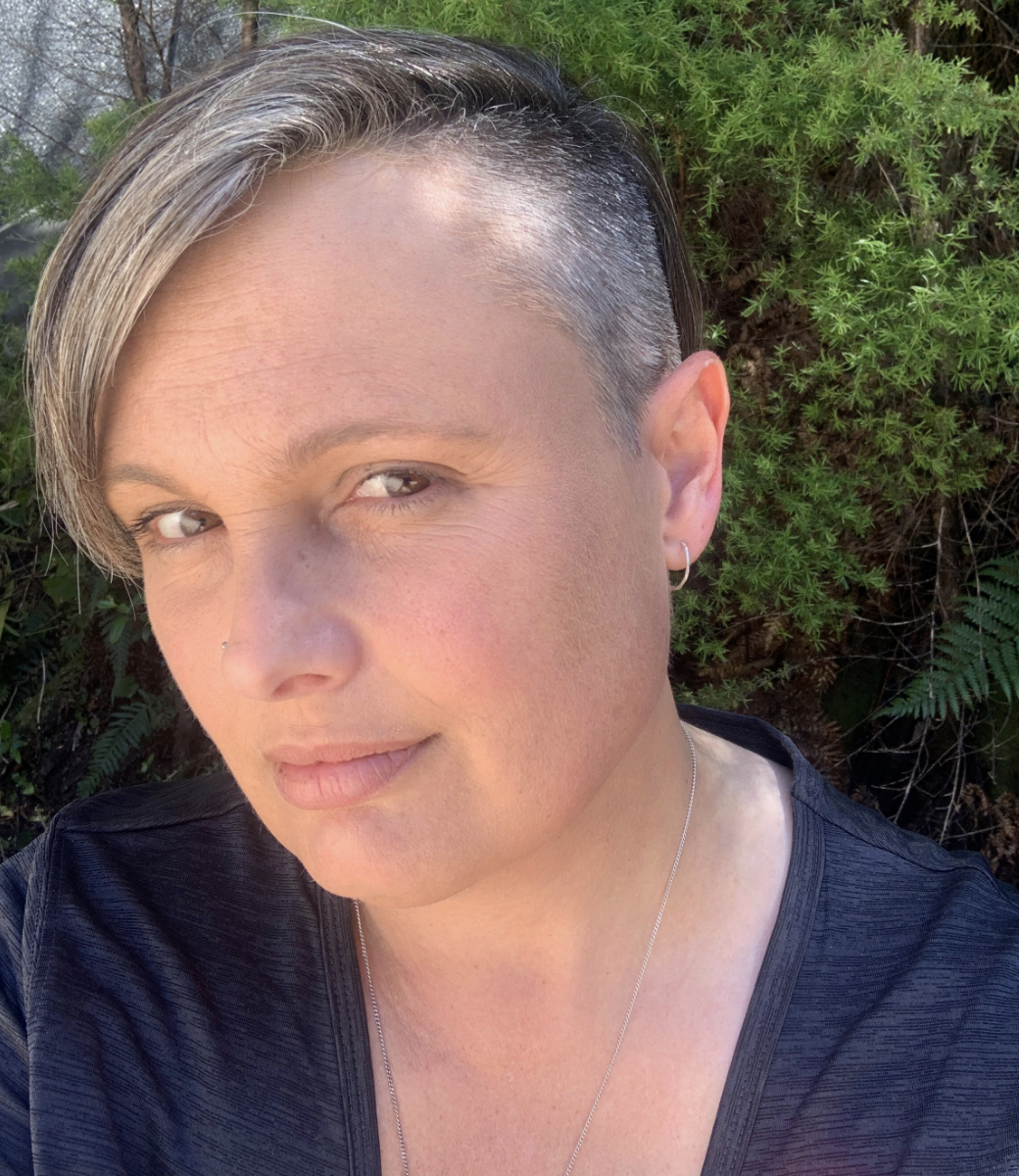 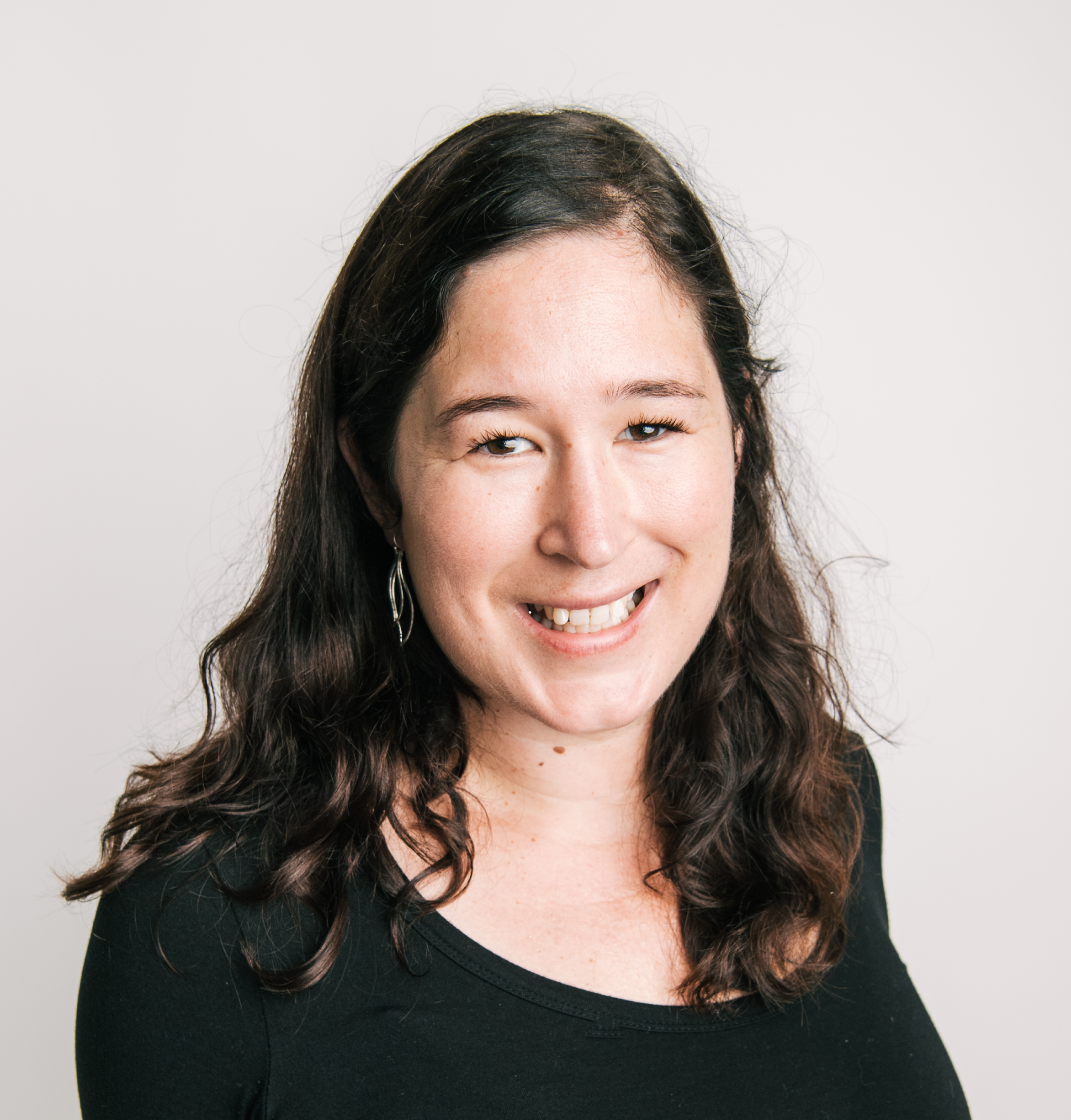 Author of The 52 Week Project 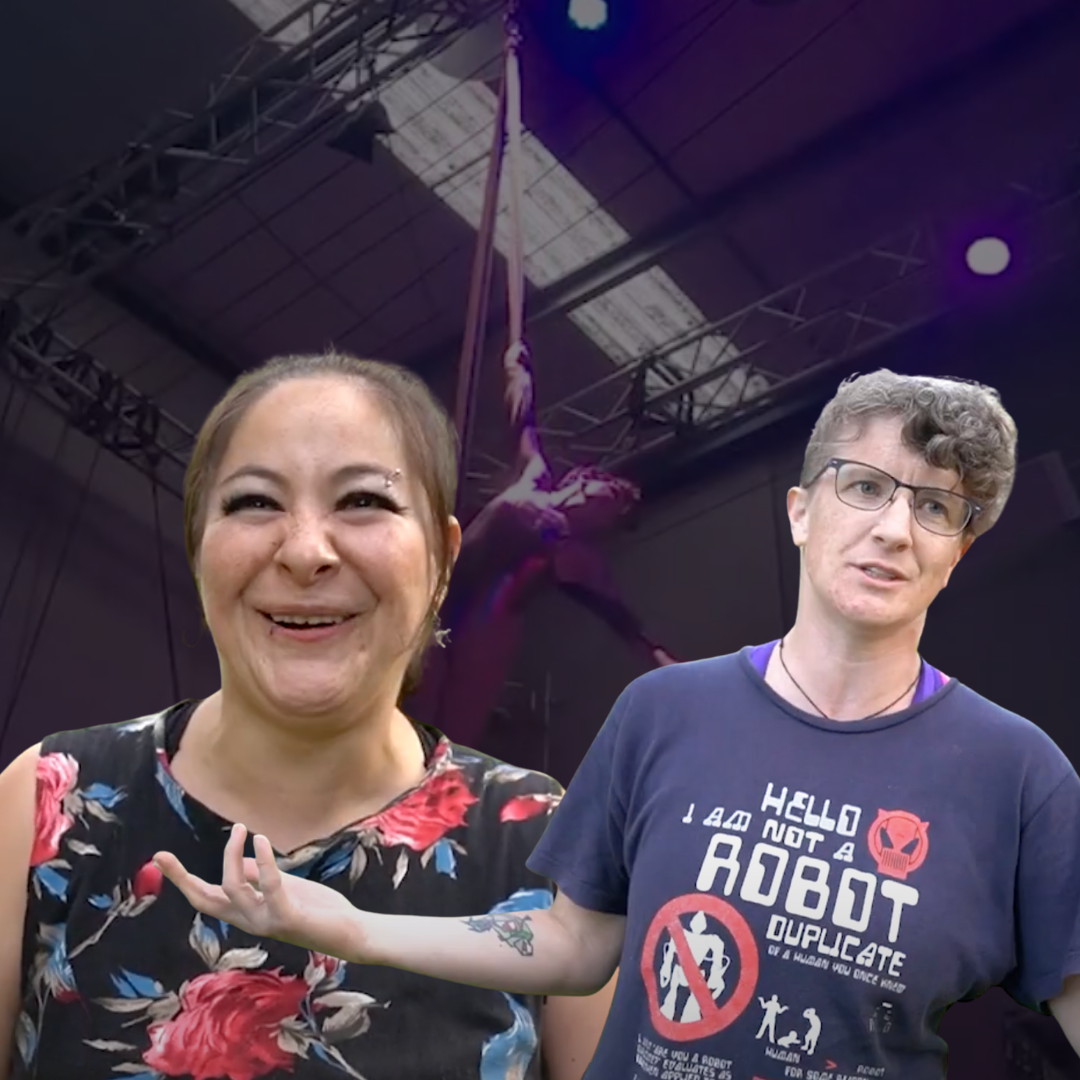 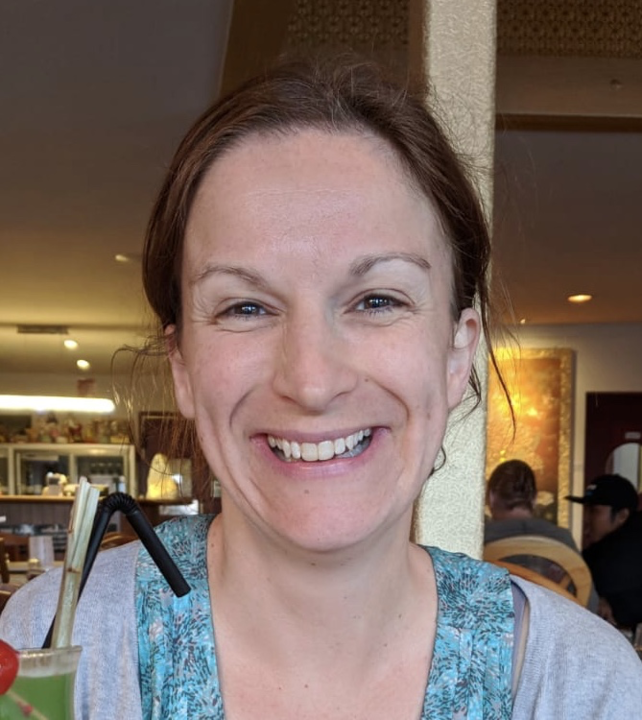