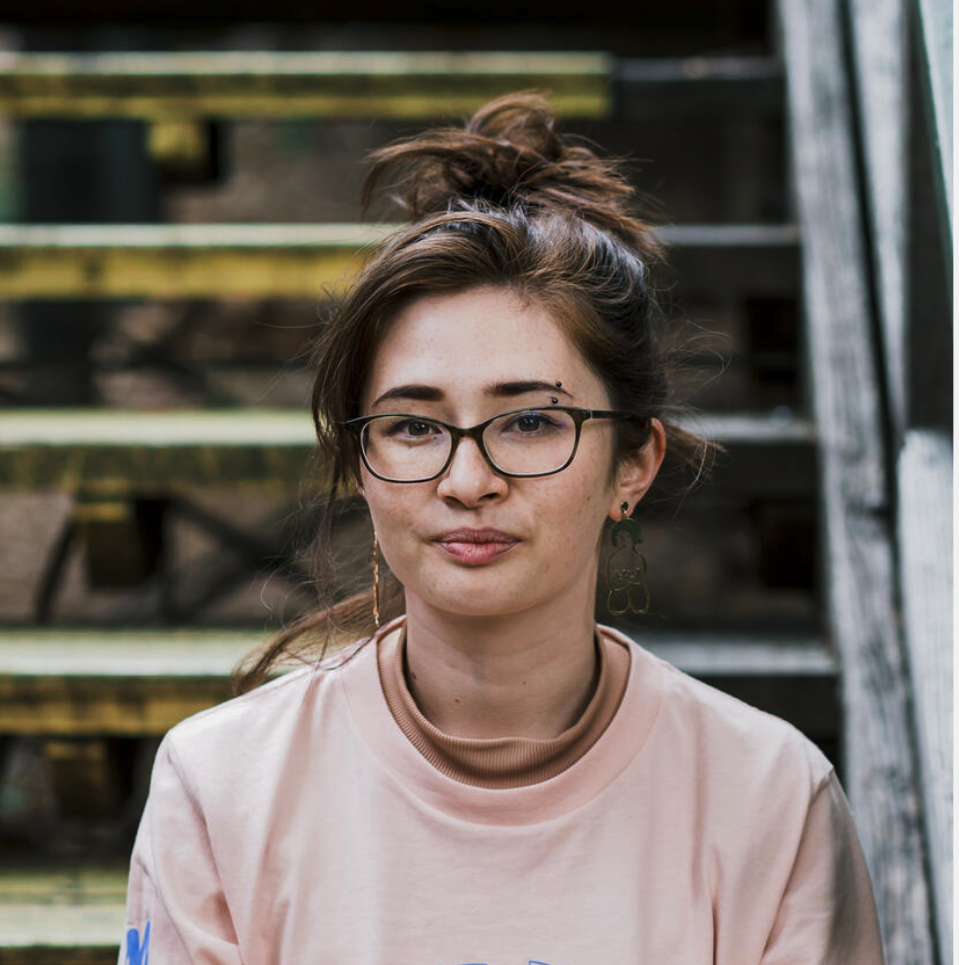 Vanessa Mei Crofskey (she/they) is a writer and artist of Hokkien Chinese and Pākehā descent. She graduated from Auckland University of Technology with a Bachelor’s degree in Sculpture in late 2017. She has been a resident producer at Basement Theatre, a curator at Window Gallery and had multiple roles at The Pantograph Punch before becoming the Director of Enjoy Contemporary Art Gallery. Through her practice she investigates social connection: how we form identities through intimacy, inheritance, pop culture and violence.

Did you always want to be an artist and a writer?

I was probably six or seven when I realised that I was good at art and writing, and that these were two activities that I liked doing. When I graduated from high school and was figuring out what to do next, I thought What am I good at? What do I like to do best?, and decided to apply for art school. I didn’t think about it too hard actually, which now that I’m older, I sort of both curse and admire.

As a young person you’re not really thinking too hard about what it means to “be” an artist and a writer, or to “become one” as a career. You’re just doing stuff because you like it. I think I needed that naivety first off to end up going down this path, because I really didn’t know what to expect. I think that go-with-the-flow mentality has definitely been what has steered me, even through all the hard bits. I liked writing so I started thinking, how do I do this more often? Then I discovered poetry, started submitting to online journals, started performing more and getting published, then I met friends and mentors along the way who passed on more projects and expertise. It was fun to get to do stuff with them.

I liked art so I started thinking, how do I get closer to it? and did much the same, which leads me now to my very eccentric C.V.  It’s a cliché but it’s true that there really is no one path to becoming something. There are lots of moments now where I want to return back to my more naive self. I want to really hold onto that feeling of just doing stuff because you like doing it, instead of overthinking and worrying about whether you’ve made enough work or received enough credibility to decide who you are or not.

In your 2019 article in The Pantograph Punch you wrote about the elitism of art writing and how it should be more accessible; do you think there’s been any improvement since then or do we still have a long way to go?

This is a tough one, because I have two conflicting feelings about the article I wrote on elitist art writing! I was still very young when it came to my dabbling in art writing when I wrote that. After becoming an art writer, and being asked some thorny questions from my fellow art writers based on that article, I think on reflection I was quite naive in my response. I didn’t understand exactly how difficult the job of describing an artwork can be, and how the technical jargon associated with the form is really very often highly precise and useful.

However, I also do think there’s a lot of bogus shit writing (and writers) out there too who are just painfully indecipherable as a point, and I want to say: that’s actually not cool. I look down on that sort of writing which attempts to evoke shame inside of a reader. I still feel the feeling inside me which agitated me so much I had to write a damn article about it, which was that people were intentionally making their writing more inaccessible to those from diverse environments and different language backgrounds. Maybe now I’d re-phrase what I was saying to say, instead of framing art writing entirely as the culprit, that I would encourage people to change their aim around writing in general. Try to write as often as possible through a lens of accessibility.

What is something that you’re proud of?

This is a weird way to answer, but I guess I’m really proud of the quality of life me and my friends live? Like, we definitely choose to be kinder to each other and more emotionally honest with ourselves and that can feel like a harder task to accomplish in the short run. But, everyday I’m seeing my friends turn into some really incredible people. And I’m so thankful for that, and for them. ‍

So you’re a director of an art gallery but you also have some of the best ‘shitposting’ style memes I’ve ever seen that you share on your Instagram; my question is, where do you get your sense of humour and style from?

Omg fuck I really am like, becoming a shitposter. Sense of humour comes from a place of real innocence and morbidity, which I think is characteristic of us as a generation. We’re really so young and at our “prime” while the world around us is just ending. I think that’s probably where I get a lot of things like a sense of humour and style from, from a sense of narrowly averting a crisis. ‍

How do you view yourself when you’re by yourself?

When I’m by myself I tend to try and avoid viewing myself, I try to escape from being viewed. Because it can feel like we’re on view so much for the world already. Not saying that my way of coping is necessarily a good way to do things, blunting the edge and all. But a couple times this year I’ve felt myself ask myself that question of Am I good enough?, (which is really just another way of asking Am I deserving of goodness?) and it was scary. I think I’m avoiding being around myself when I’m vulnerable. Which is silly. I’ve just gotten older, and I’m getting more publicly visible, and we’re living in a really strange and unstable climate, where it feels like you need to prove why you deserve to survive. So you fall down this rabbit hole of trying to prove you deserve basic stuff. I try to remind myself that I have always deserved joy and survival.

What are some trends or current events that are happening within the art space that are good or bad? Where do you see yourself in this?

My future hope for the creative arts scene is this big fucking union. Arts workers are so severely underpaid, and then the sliver of funding that gets broken down from that which goes directly to artists is just anaemic by comparison. It creates a very scary inward-facing scarcity complex, where we’re fighting to be gods of an ant colony. I want arts and culture to be recognising the struggle we face with each other more often, and to advocate for all the big stuff which would make us all be able to create great and daring work, to live with respect and not have to make so many sacrifices. ‍

Who are you most inspired by and who would you love to know more about?

I’m really inspired by my interns at Enjoy (the place I work) at the moment, Tom Denize and Sophia Coghini. They’re really driven, eager to learn and they have such good ideas about everything. Rosabel Tan and Lana Lopesi are the people I’m always inspired by. 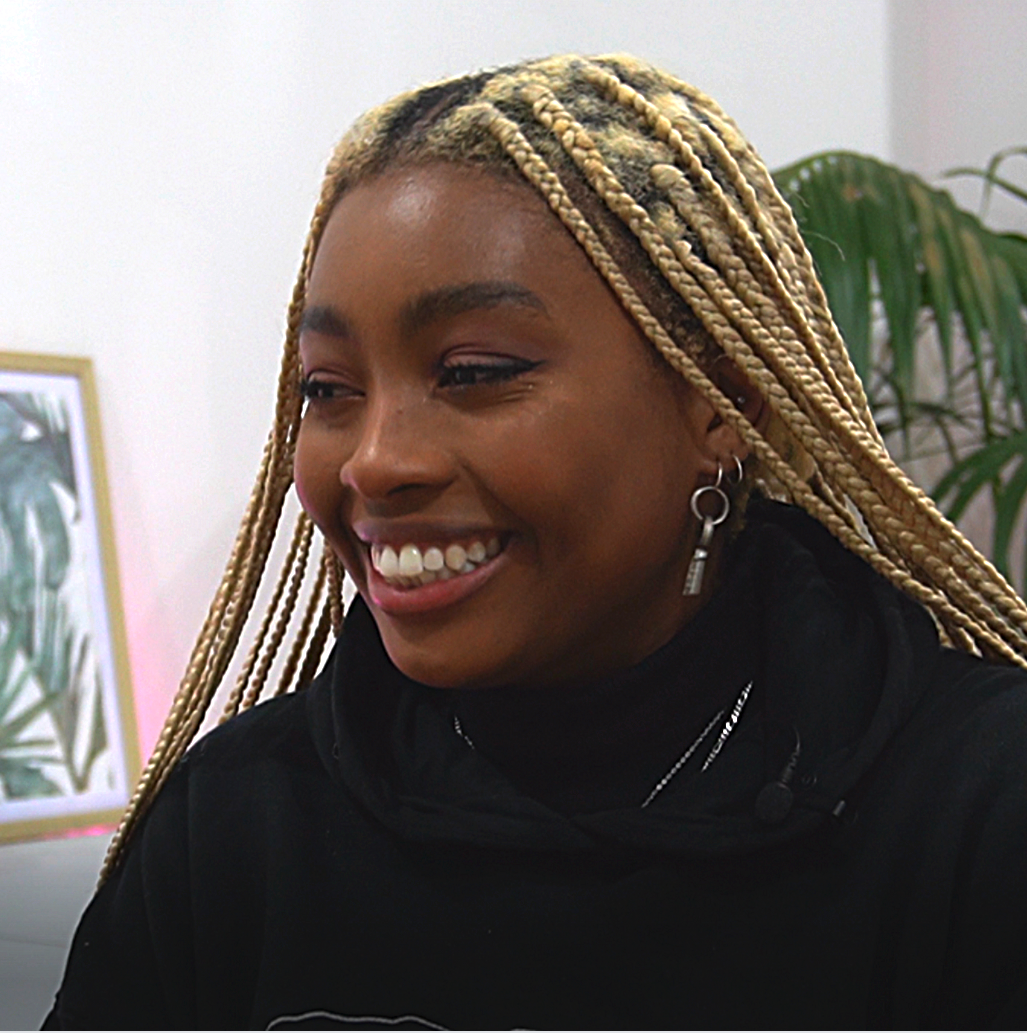 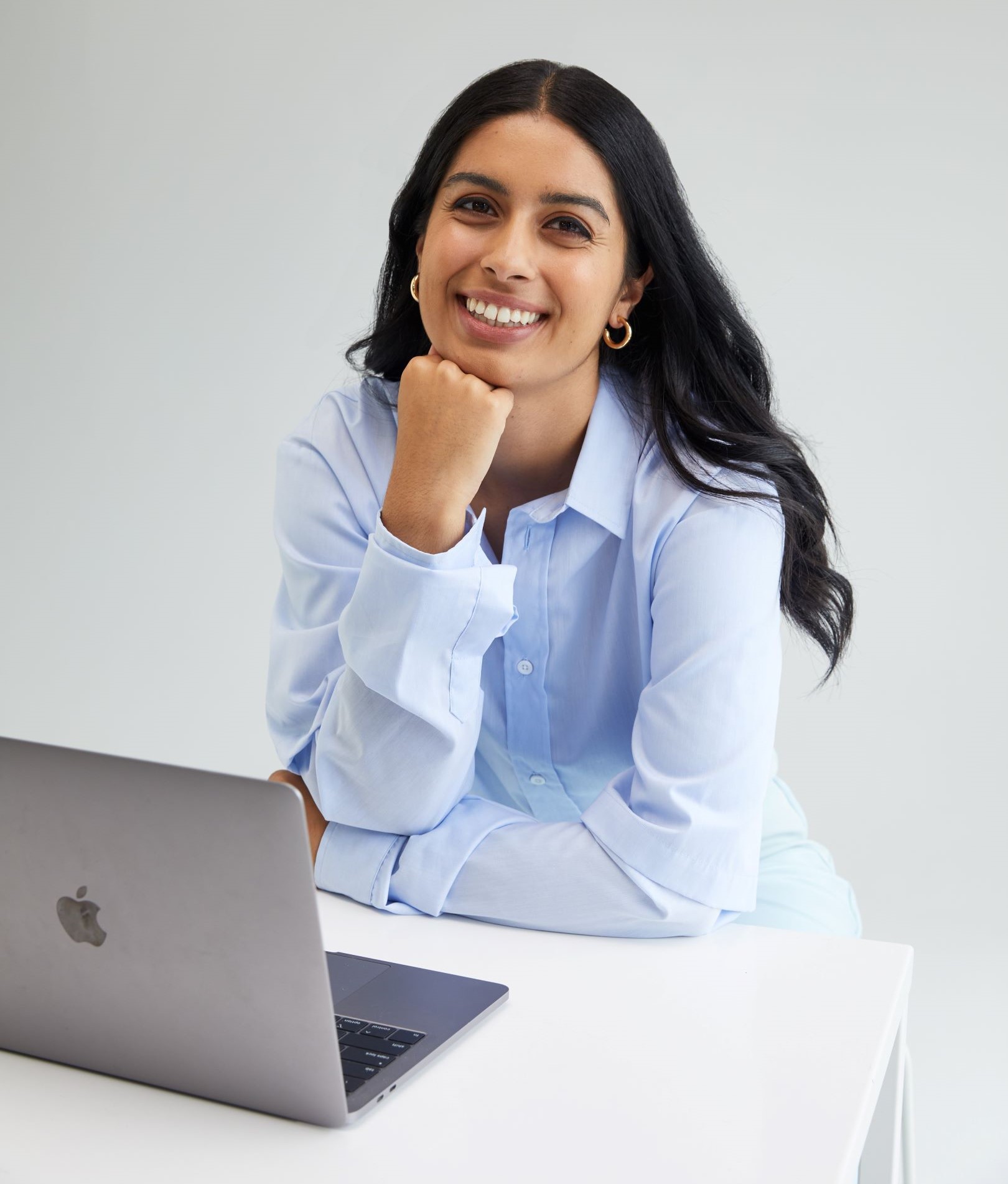 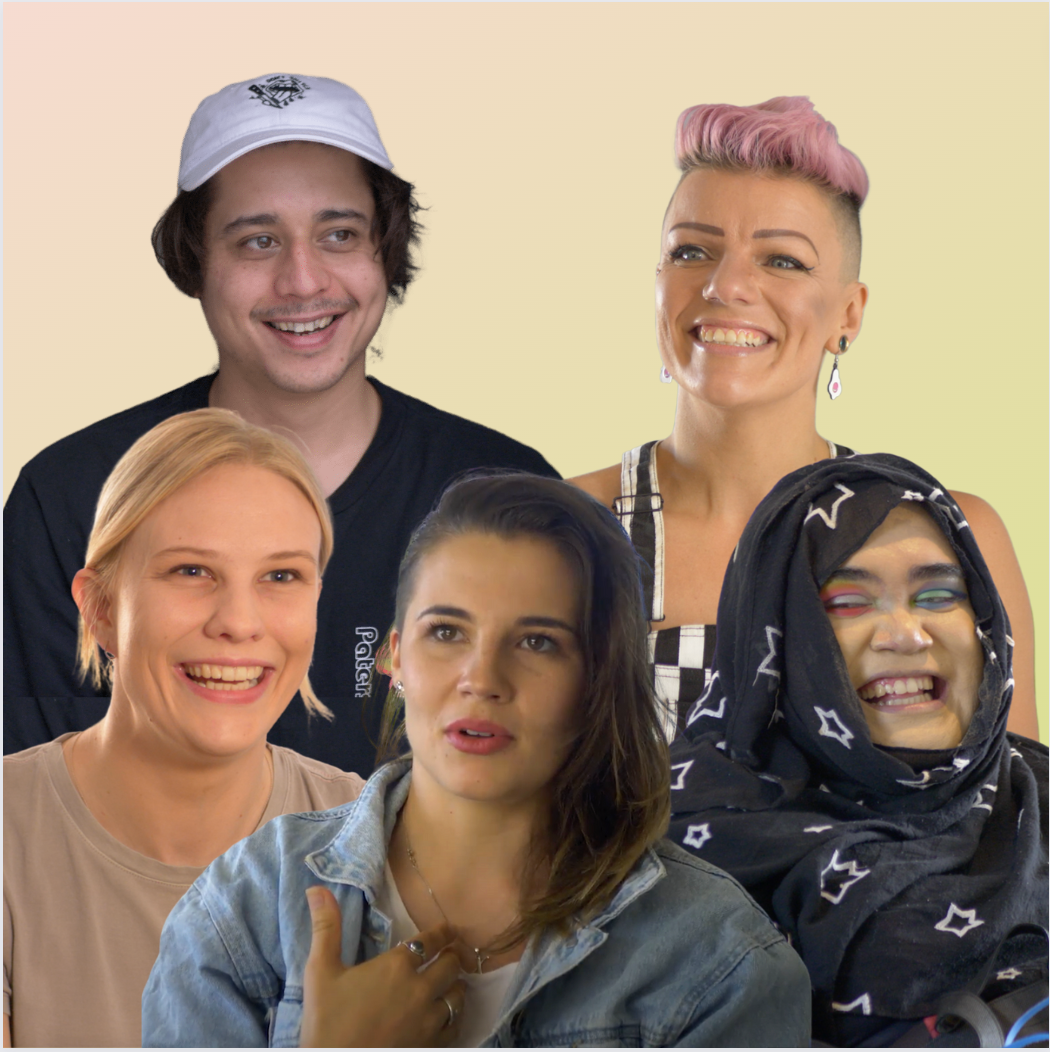 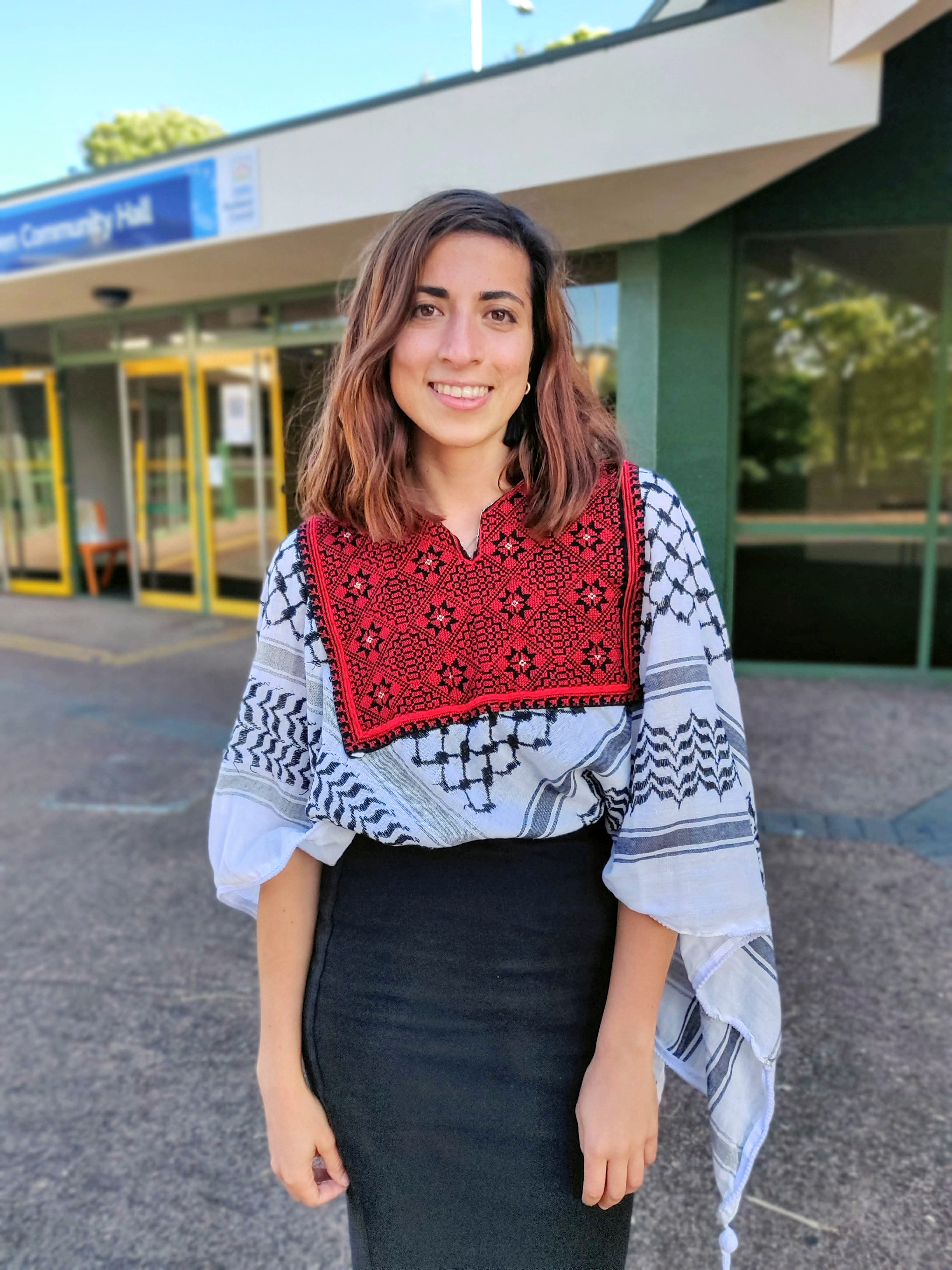